Most campaigns want to build their email list and Facebook followers, bring in new donors, and/or simply raise the profile of their candidate or cause. In order to avoid the “online advertising consultant surprisingly advocates more online advertising” motif, let’s bypass that and assume for the moment that you’ve already decided to invest a fixed amount online to achieve your goals.

This article focuses on the timing of your online campaign. While it may be tempting to hold off and show more cash on hand, waiting until later may actually cost you a significant amount of money later in the campaign and significantly hamper your results.

Here are five reasons as to why starting earlier in the cycle can work to your advantage:

1) Starting early can actually save you money:

A good portion of online ad inventory is offered up through a real time bidding system… in which advertisers and agencies bid for the available inventory at that given moment. Google’s Display Network, Google Search, Facebook and Twitter are all bought this way. The more inventory we want at any given interval, the higher we have to bid for those clicks/impressions.

As such, on any given day, there is only so much “cheap” inventory. The more time we have, the longer the campaign is, the more time we have to get clicks – and therefore, we can bid lower for each one. We’ll get a lower volume of exposure and clicks per day, but the extra time gives us the ability to get those exposure and clicks at a much lower rate.

This becomes key for acquisition campaigns. It’s expensive to build a list in a hurry. 2014 campaigns that want to grow their lists and followings on social media should start now, even if it’s at a lower level.

Many search and banner/display campaigns target ads based on keywords relevant to your campaign. It is often the case that the most popular keywords are also the most competitive, resulting in a higher cost for the ad space. Having more time in the campaign allows us to optimize it, which sometimes means piecing together a campaign of lower-cost keywords that deliver more traffic and acquisitions for the same budget.

2) Not everyone is online all the time:

While some of us are tied to our phones and computers as if they sustain our very existence, there are still some people who only sporadically check email or go online. A person that only goes on once a week for an hour or two will only be exposed to a limited number of ads – and therefore it’s likely to take a longer period of time to reach them. The longer your campaign, the more chances you’ll have to be seen by these sporadic visitors, and the wider your reach will be.

This is particularly true for emails. When you dive into the stats, there will be people that read and open every one of your emails and some that open only a small percentage of them. The more emails you send, the more likely you’ll reach the sporadic readers. Most email blasting systems allow you to identify who has read your email or not. We often will send the exact same email (sometimes with different subject lines) to those that didn’t open the email the day before, catching many of the people that skipped or overlooked the original send.

3) Early impressions can have a higher ROI:

Generating an early buzz is critically important to candidates (or campaigns) with limited name recognition or those who expect higher profile opponents to get in the race. One poignant example is (now Congressman) Patrick Murphy, who entered the race in March of 2011, nearly 20 months before the election. Patrick had never run for office before and had effectively no name recognition amongst voters or the press.

We ran what was later recognized by digital marketing news site ClickZ as one of the earliest ad campaigns in the cycle, pushing onlito raise name recognition, website traffic, and overall buzz. Within a few short weeks, he had thousands of Facebook fans and a growing name in political circles. This played a very important part in helping to generate support at a critical stage of the campaign, and at a time where there was significantly less competition for attention and contributions.

These kinds of early campaigns are also important because a lot of the constituency decides who they are supporting long before the peak of the election cycle. In April of 2012, still six months before the election, polling indicated that 90% of voters in Congressional District 18 race between Allen West/Patrick Murphy race felt they already knew enough about the candidates to have a preference.

When you start your campaign early, you’re not as subject to the swings in pricing that naturally occur as new advertisers come online or news events dominate web traffic.

Remember, we’re often buying ads like a commodity, in real time. It’s all supply and demand. On a day-to-day basis, the costs associated with clicks or impressions will go up and down, depending on how much inventory there is and how many competitors are fighting for that inventory.

As such, political advertising costs are often affected by consumer advertising endeavors targeting the same web traffic. For example, the competition for 4th quarter ad inventory is much greater, as holiday-oriented consumer advertisers with big budgets swallow up more of what’s available, driving prices higher. Likewise, at the peak of the election, when everyone is advertising, costs naturally go up.

When a news story erupts, traffic to news sites goes way up – which could mean more available inventory. On the other hand, a good news story sometimes leads to increased competition for ad inventory related to that story, and therefore higher costs than average. Demand may still outpace even increased supply, and the costs per click go up.

Starting your campaign early allows you to weather these storms of traffic and competition. Being up early allows you to advantage of increased, possibly cheaper inventory. If it turns out that inventory is more expensive, starting early will allow you more time to reach your goals before your deadlines or the election itself.

5) You’ll have more time to accumulate cookies for retargeting:

Many visitors aren’t going to give up their email the first time they’ve been to your site or landing page. It may take a few exposures to your message for them to come on board. For that reason, most sophisticated campaigns deploy retargeting, which allows us to direct ads to previous visitors to your site. The longer your campaign is, the more of these previous visitors you’ll be able to target.

Want more information or have a question about what’s above? Contact Brian Franklin at info@impactpolitics.com or call 202-503-4402.

Impact Politics was formed in January, 2007 by Brian Franklin, a marketing strategist, writer, and creative director with extensive experience in the technology and non-profit segments.

Brian is a recognized expert in the use of technology in political media. He serves as the co-Chair of the American Association of Political Consultants’ Technology Committee and is a regular commentator and speaker on New Media strategy and political technology. He has provided marketing strategy, creative direction, language development, and writing services to over a hundred political campaigns, organizations, agencies, and corporations.

Since its inception, Impact Politics has been tapped to consult on and/or provide creative for congressional campaigns, gubernatorial campaigns, statewide ballot measures, large national and international online advocacy programs, state senate and state house campaigns, and county commission campaigns. Most recently, Impact Politics served as part of the lead consulting team for Patrick Murphy, who despite being outspent 4 to 1, achieved an underdog victory against Tea Party leader Allen West. 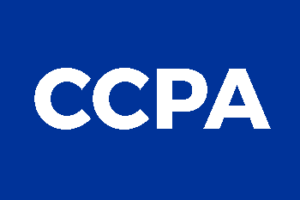